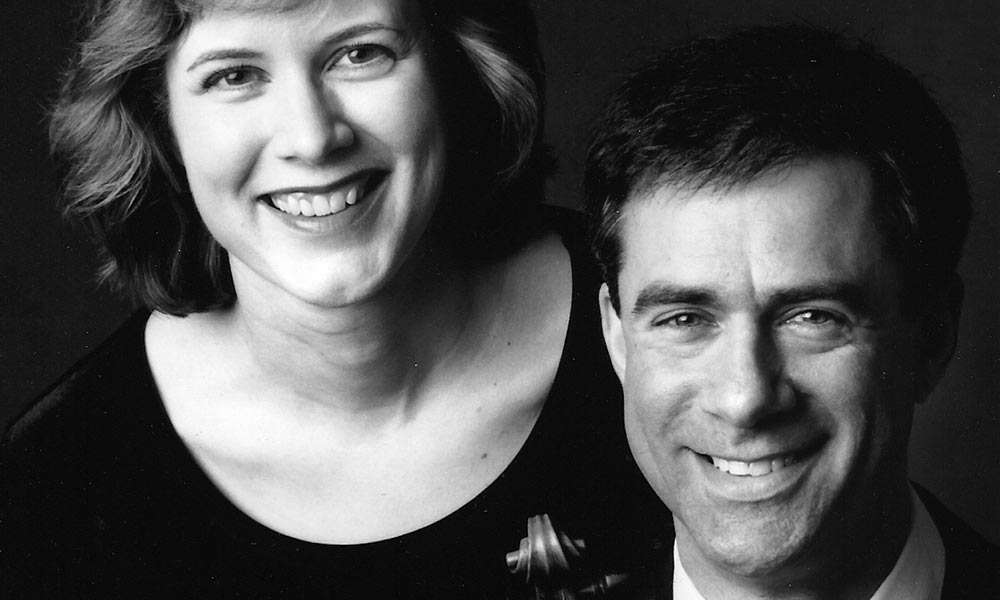 Duo Down the Danube

Hailed as a “stunning pianist with incredible dexterity” (San Francisco Classical Voice), Canadian pianist Audrey Andrist has thrilled audiences around the globe, from North America to Japan, China and Germany with her “passionate abandon”, “bright energy”, and “great intelligence.” Ms. Andrist grew up on a farm in Saskatchewan, and while in high school traveled three hours one-way for piano lessons with William Moore, himself a former student of famed musicians Cécile Genhart and Rosina Lhévinne. She completed Masters and Doctoral degrees at New York’s elite Juilliard School, studying with Herbert Stessin, and garnered first prizes at the Mozart International, San Antonio International, Eckhardt-Gramatté, and Juilliard Concerto Competitions. She has performed in many of North America’s most prestigious venues, including the Kennedy Center in Washington, DC, Place des Arts in Montreal, Chicago’s Ravinia Festival, and Alice Tully Hall in New York. She is a member of Strata, a trio with her husband, James Stern, violin, and Nathan Williams, clarinet, recipients of a major 2009 grant from the Rauch Foundation. She is also a member of the Verge Ensemble in Washington, DC, and the Stern/Andrist Duo with her husband, recently celebrating their twentieth year of performances together. An avid performer of new music with many world premieres to her credit, Ms. Andrist can be heard on over a dozen recordings of both standard and modern repertoire on the Albany, Centredisques, and New Focus labels, among others. She currently lives in the Washington, DC area, where she serves on the faculties of the University of Maryland-Baltimore County and the Washington Conservatory, and where she has performed at the Library of Congress, Wolf Trap, and the Smithsonian Institutions. Her CD of major solo works by Robert Schumann has just been released on Centaur Records.

James Stern is a multi-faceted musician whose violin playing has been heard worldwide and cited by the Washington Post for “virtuosity and penetrating intelligence.” He has performed at the Marlboro, Ravinia, Banff and Bowdoin festivals as well as at New York’s Alice Tully Hall and Carnegie Hall. He did all of his formal training at the Juilliard School where his teachers were Louise Behrend, Joseph Fuchs, and Lewis Kaplan.

Stern is a member of two critically acclaimed ensembles, the Stern/Andrist Duo with his wife, pianist Audrey Andrist, and Strata, a trio in which they are joined by clarinetist Nathan Williams. The duo has performed throughout the United States, Canada and China, with additional recitals in Munich and Paris. The trio has received enthusiastic repeat engagements at San Francisco Composers Inc (for which they were listed as one of San Francisco Classical Voice’s “highlights of 2005”), the Piccolo Spoleto Festival and New York’s historic Maverick Concerts. Strata has recently commissioned new works from Kenneth Frazelle and the late Stephen Paulus, giving the world premieres at, respectively, the Secrest Artist Series in Winston Salem, North Carolina, and New York’s Merkin Concert Hall.

Well-known to Washington, DC audiences, Stern has performed as a member of VERGE ensemble, the 21st Century Consort, the Smithsonian Chamber Players and the Axelrod Quartet, at such venues as the Corcoran Gallery, the German and French Embassies, the Smithsonian Institution, the Library of Congress, the National Gallery, the Phillips Collection, Strathmore Mansion, and the White House. In frequent appearances at the Clarice Smith Performing Arts Center at the University of Maryland he has brought innovative programming that includes performing in multiple capacities (as violist, pianist, conductor, reciter, and arranger), and providing program annotations that are integral to the performance. His numerous chamber music and new music recordings can be heard on Albany, Bridge, Centaur, CRI, Dorian/Sono Luminus, Enharmonic, New Focus, and New World. His recording of the Sonatas and Partitas by Bach was recently released on Albany Records.

A passionately devoted teacher, Stern has served on the faculty of the Cleveland Institute of Music and the University of the Pacific Conservatory of Music. He is currently professor and Chair of Strings at the University of Maryland School of Music. In summers he has performed and taught at the National Orchestral Institute, the Orfeo International Festival, the Schlern International Festival, ASTA International Workshops, California Summer Music, the Brian Lewis Young Artists Program, the Master Players Festival, and the Starling/Delay Violin Symposium at the Juilliard School.

Stern performs on a violin by Vincenzo Panormo built in 1781.