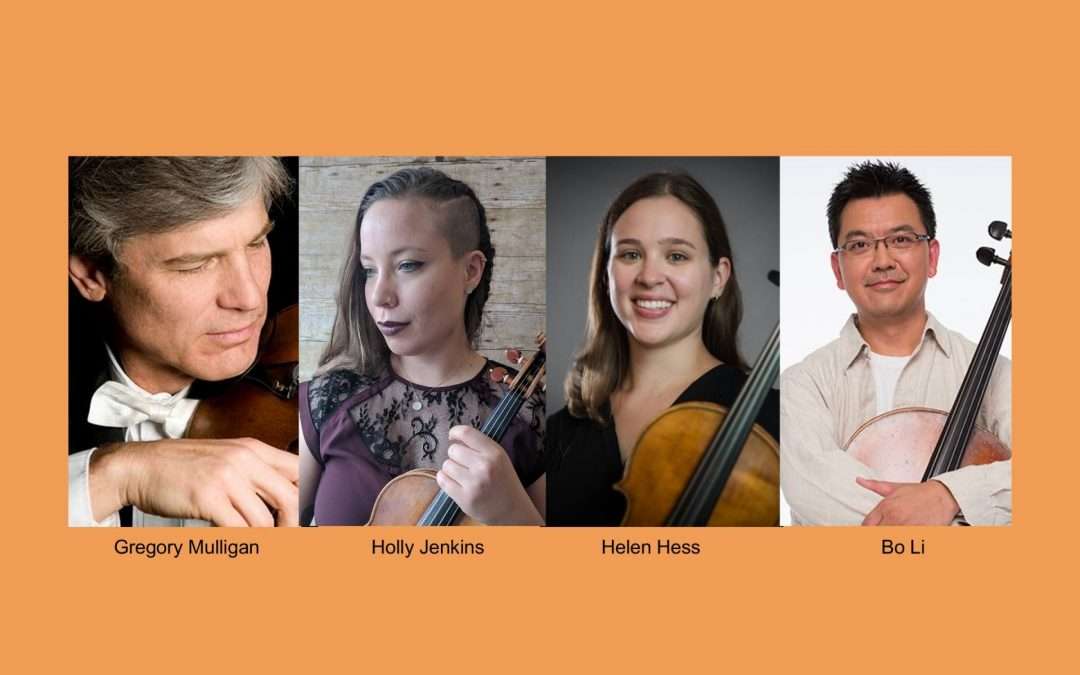 The Atlantic Quartet, founded in 1995, has established itself as one of the most prominent chamber music ensembles in the Baltimore-Washington area. The quartet has appeared at major chamber music series in the region including Chamber Music by Candlelight, the Embassy Series, Music in the Great Hall, Sundays at Central, Music in the Mansion at Strathmore, and Sundays At Three.

The Baltimore Sun said of a performance of Dvorak’s “American” Quartet, “Ensemble was tight throughout; phrasing was uniformly ardent and communicative; the group’s smoothly-blended tone had considerable richness.” The Sun also stated that during its rendition of Beethoven’s Opus 74 string quartet the quartet “demonstrated the kind of inter-communication skills that characterize full-time chamber ensembles,” and called the group’s Baltimore premiere of Larry Hoffman’s String Quartet No. 1: The Blues, now available on a CD of the composer’s works, “taut and atmospheric.” The Washington Post praised the Atlantic Quartet for “(its) willingness to take risks,” and noted that the members “share a sense of the explosive.” The Frederick Gazette said, “The players attacked this intensive masterpiece with a gritty tone color that sent sparks flying in all directions. Their performance was a study in ferocity, as they drenched the listener in splashes of exquisite color.”

Quartet members have given performances and master classes on five continents, and has appeared regularly at schools, hospitals, churches and other community venues.