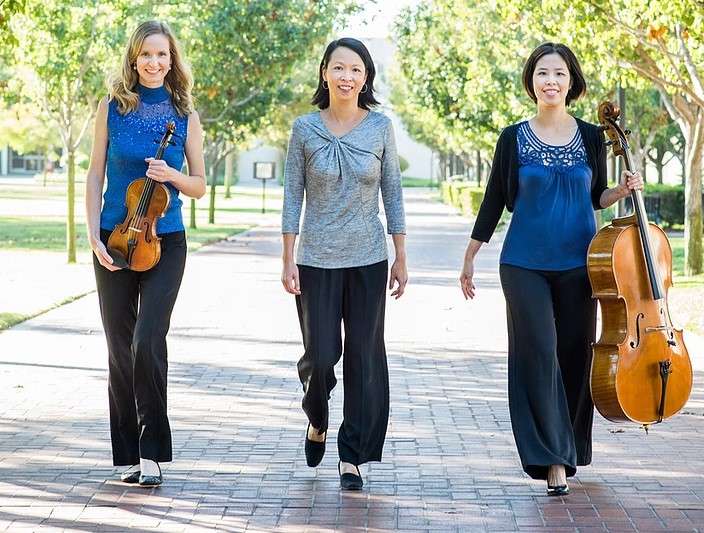 Trio 180, the faculty piano trio-in-residence at the University of the Pacific’s Conservatory of Music, is dedicated to its roles as performer, proponent of new music, and educator. In addition to giving concerts and master classes throughout the United States, the trio has been featured on concert series in Mexico and Canada. This talented ensemble includes violinist Ann Miller, who grew up in Howard County, cellist Vicky Wang, and pianist Sonia Leong.

The trio mentors young musicians and chamber music groups at the University of the Pacific’s Conservatory of Music, where all three members are on faculty. In addition, Trio 180 frequently performs at elementary and high schools throughout California, presenting varied and interactive programs designed to challenge and engage young students.

In past seasons, the trio has toured to Vancouver, Canada and Ajijic, Mexico; presented numerous performances for Composers Inc., in San Francisco and Berkeley; and given concerts at the Crocker Museum (Sacramento); the Mondavi Center (Davis); the Sundays Live series (Los Angeles County Museum); Sundays At Three Chamber Music Series (Columbia , MD), Old First Concerts (San Francisco), and was featured on Music for a Great Space’s Women in Music Series in Greensboro, NC. The trio completed a CD of works by Dvořák, Suk, and Schumann in 2015.