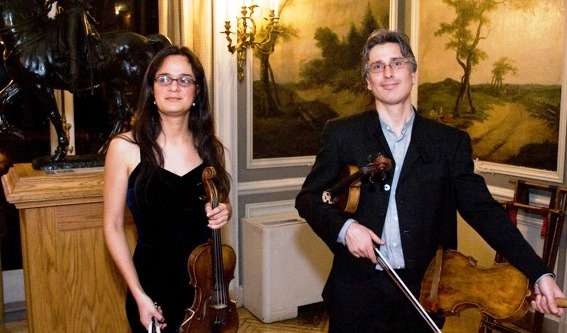 Folk-inspired music by Mozart, Sibelius, Fuchs, Milhaud and others, arranged for two violins and violin/viola duo

Marcolivia Duo has appeared on NPR’s Performance Today and Front Row Washington. They are regular guest artists at the Tokyo College of Music, Japan, and annually at the Phillips Collection, where they are included on CDs of Series Highlights and Distinguished Performers. They have also been heard at the Kennedy Center, Strathmore, Merkin Hall and Symphony Space in New York.