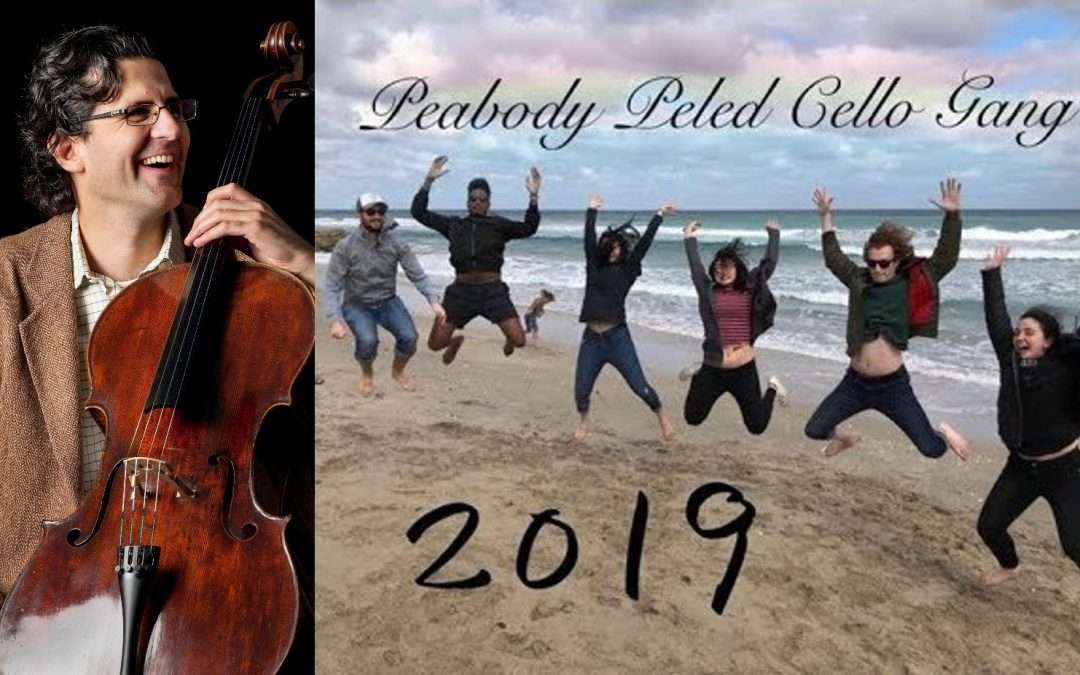 
Around the World in Six Cellos

Cellist Amit Peled, an Israeli-American musician of profound artistry and charismatic stage presence, is acclaimed worldwide as one of the most exciting and virtuosic instrumentalists on the concert stage today. At 6’5″, (Peled was an avid basketball player as a teenager), he has been called “Jacqueline du Pré in a farmer’s body” when he envelops his cello. Peled strives to break down the barriers of the concert hall, about which The Baltimore Sun wrote, “His amiable and inviting personality is exactly the type everyone says we’ll need more of if classical music is to survive.”

The Peabody Peled Cello Gang is composed of students from his studio at the Peabody Institute at Johns Hopkins University, where he has taught since 2003 and was one of the youngest professors ever hired by a major conservatory. He was named one of Musical America’s 30 professionals of the year 2015.

The Peabody Peled Cello Gang, as explained by Amit Peled
“Many years ago, I was fortunate to experience the magic of creating music on stage together with my great mentors, Bernard Greenhouse and Boris Pergamenschikow. Besides our regular one-on-one lessons, we actually performed together…the difference between listening to them explain how to create a phrase and literally making one with them on stage was huge and significant.

Ever since those magical moments I was fortunate to share with my musical heroes, I always knew that when I became a teacher, the feeling of passing on the tradition will be complete only when I am able to share music with my own students on stage. This day arrived when the Amit Peled Cello Gang was created.” – Amit Peled

The students in the Cello Gang come together often to perform works written or arranged for cello ensemble. Peled and the Cello Gang also record in professional studios and tour regularly around the country, performing cello concerti, cello choir repertoire and more in an effort to give the conservatory students practical experience as professional touring artists.