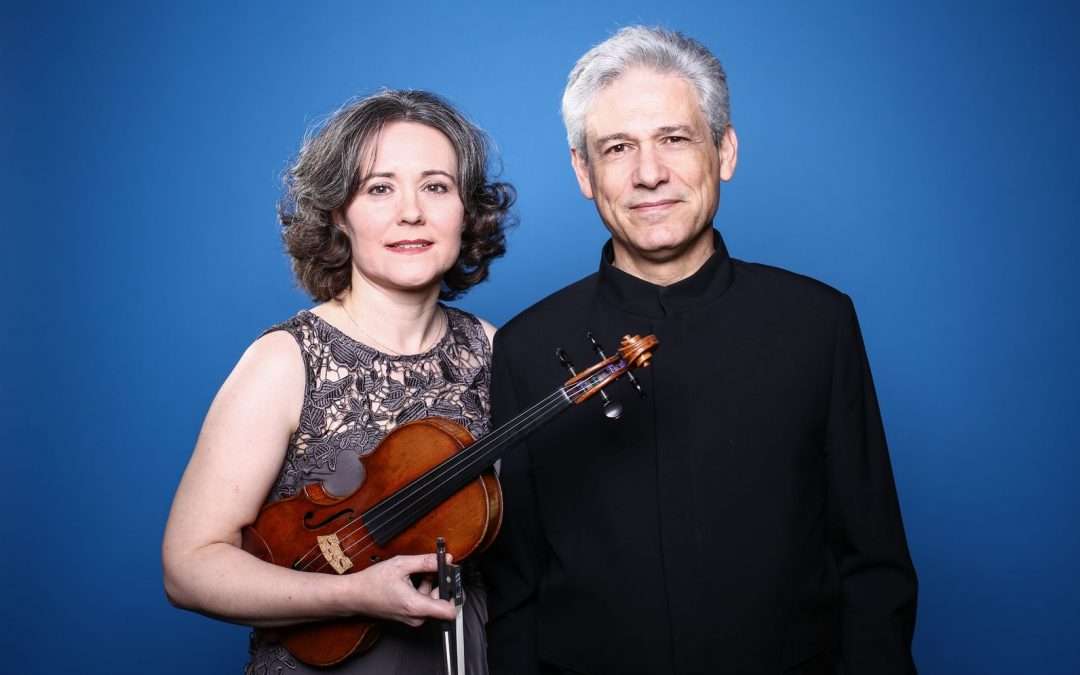 Engaging and imaginative programming is a hallmark of the Duo Ingolfsson-Stoupel. Individually, Judith Ingolfsson and Vladimir Stoupel are seasoned soloists who have won acclaim for their performances across the globe. Together they create connections, tell untold stories, and take audiences on a journey to the heart of chamber music. A recent world premiere performance of the Sonata for Violin and Piano by Paul Arma at the Konzerthaus Berlin was hailed as the “sensation of the evening” by Deutschlandfunk – “there was an intensity in the performance that no one in the audience could escape.”

The Duo Ingolfsson-Stoupel regularly participates in the world’s renowned concert series and festivals, such as the Schleswig-Holstein Music Festival, the festival “Voix Etouffées” in Paris, the Brandenburgische Sommerkonzerten, the “New Faces,” the “New Music Festival” in Krakow, under the auspices of the Associazione Culturale “Maestro Rodolfo Lipizer” in Gorizia, Italy, the Konzerthaus Berlin, and the Villa Esche in Chemnitz. In United States, the Duo has appeared in the National Gallery of Art in Washington D.C., the Barge Music Festival New York, the Jewish Community Center of Greater Washington, Music in Corrales, NM, the University of Colorado in Boulder, and in Denver’s Englewood Cultural Arts Center. For their project “Concert-Centenaire,” the Duo received the official designation “Centenaire” from the French government, an award given to help promote innovative, creative, and exceptionally structured projects centered around the centenary of the First World War. The project explores French music written from the Belle Époque through the First World War. A special focus was placed on composers whose lives were either heavily impacted, or even terminated by this calamitous conflict.

Judith Ingolfsson was recently appointed to the violin faculty at the Peabody Conservatory. She begins studio teaching there this fall.