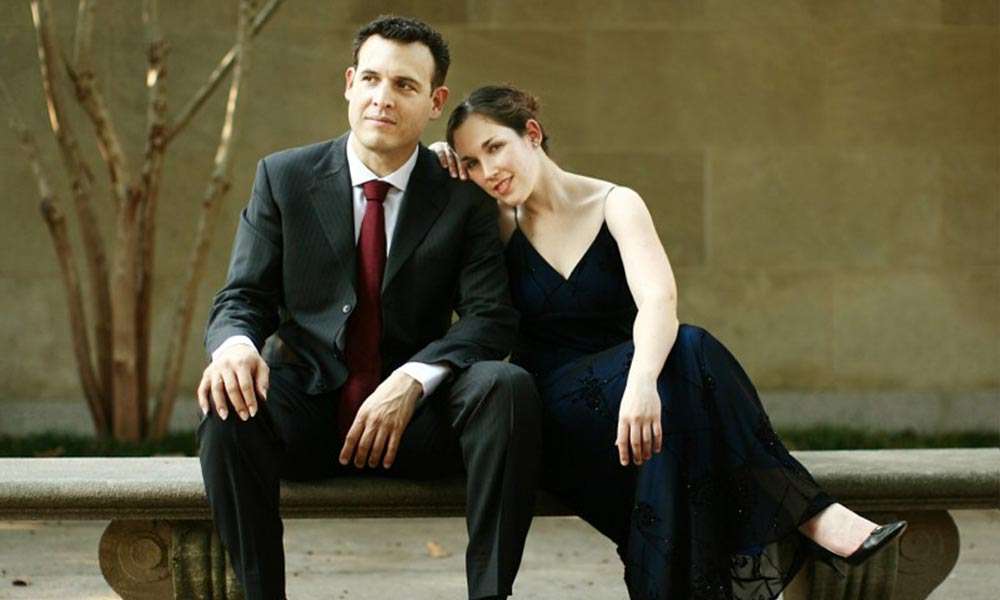 Jorge Amaral and Mia Pomerantz-Amaral formed Duo Amaral in 2008, and soon thereafter began drawing acclaim from audiences and classical guitar media . Invited to perform throughout Europe, South America, Israel and the USA, Duo Amaral has been described as “masterful, with poetic virtuosity and intensity of expression” (Il Messaggero Veneto). Of their CD “Key West”, Blair Jackson of Classical Guitar Magazine wrote: “… a truly great CD of effortlessly beautiful playing and timeless interpretation…” “… This is the sort of music most duos would like to play, but often haven’t got the technique. This is not the case with Duo Amaral!”

Mia Pomerantz-Amaral and Jorge Amaral finished their studies at the Peabody Conservatory of Music of the Johns Hopkins University, awarded Master of Music and Graduate Performance Degrees with Manuel Barrueco and Julian Gray, respectively.

Israeli guitarist Mia Pomerantz-Amaral is a prizewinner of several international guitar competitions. The Italian critics described her playing as “powerful sound, beautiful, rich in harmony and with a sure, clean technique.”

Jorge Amaral, a native of Guadalajara Mexico, has been described by Alirio Diaz as “a brilliant figure in the future of the classical guitar”. He has toured widely through Europe, Mexico and the USA as performer, juror and teacher.