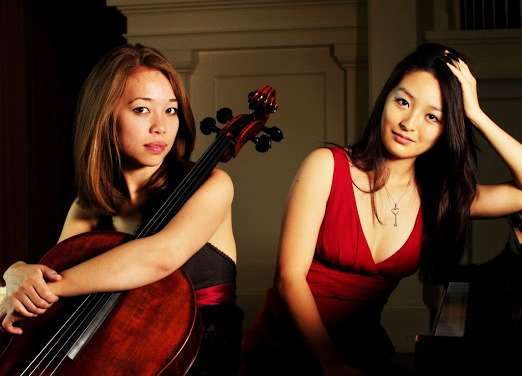 
Alicia Ward made her orchestral debut as a featured soloist when she was 12, and has performed throughout the U.S. and abroad as a chamber musician, recitalist and soloist. North American concert halls in which she has performed include the Strathmore Music Center, Carnegie Hall, Jordan Hall and The Kennedy Center.

As an active chamber musician, she has been invited to the Kneisel Hall Chamber Music Festival, the Menuhin Chamber Music Seminar in San Francisco, and the International Music Academy in the Czech Republic. In 2005, Ms. Ward was one of 12 cellists selected to perform at the International Piatigorsky Seminar for Cellists held at the University of Southern California. She was also invited to the Banff International Cello Master Classes and the Young Artists Program of the National Arts Centre, under the direction of Pinchas Zukerman.

Kimberly Kong first attracted public attention at the age of 9 when she debuted with the Pittsburgh Symphony Orchestra.  Since then, she has appeared as a soloist with the orchestra under the baton of Marvin Hamlish on several occasions.

Ms. Kong’s other solo appearances include recitals at Carnegie Weill Recital Hall in New York, the Kennedy Center in Washington, Heinz Hall in Pittsburgh, and Puccini Theatre in Italy. In 2005, she made her debut with the National Symphony Orchestra, performing the Saint-Saëns Piano Concerto No. 2 in G Minor.

Ms. Kong holds Bachelor of Music degree from the Peabody Institute and a Master of Music from the Juilliard School, studying with Julian Martin.

Currently, Ms. Kong is pursuing a Doctoral degree in Piano Performance and a Master’s degree in Musicology at the Peabody Institute studying with Yong Hi Moon, and is on the Peabody Preparatory piano faculty. She also teaches at the Performing Arts Institute Summer Music Festival in Pennsylvania.