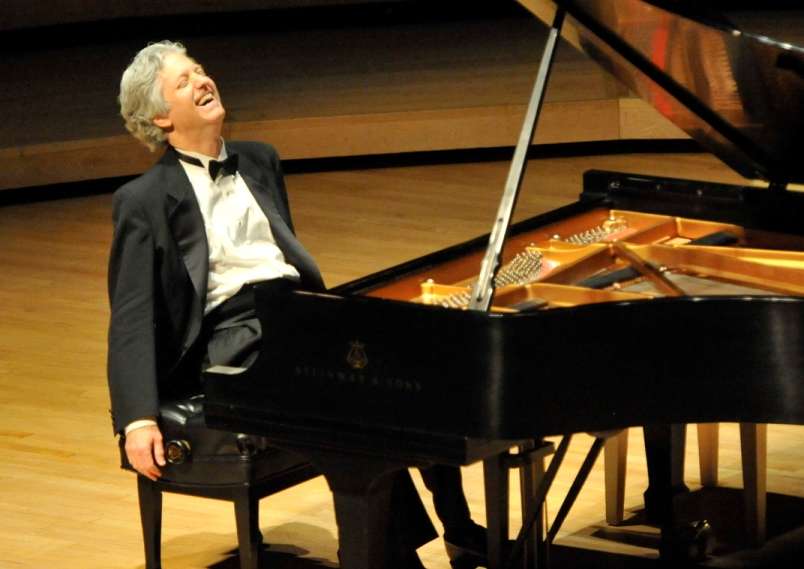 Mostly Chopin Recital with a touch of Bach, including the rarely heard Allegro de Concert, Op. 46, which Chopin was quoted by his friend, Aleksander Hoffman, as having said, “This is the very first piece I shall play in my first concert upon returning home to a free Warsaw.”

Mr. Ganz will open the program with two Bach preludes and fugues interwoven with two Chopin preludes in the corresponding keys.

Brian Ganz is a Columbia, Maryland favorite son.  The Washington Post has written: “One comes away from a recital by pianist Brian Ganz not only exhilarated by the power of the performance but also moved by his search for artistic truth.” For many years Mr. Ganz has made it his mission to join vivid music making with warmth and intimacy onstage to produce a new kind of listening experience, in which great works come to life with authentic emotional power. As one of Belgium’s leading newspapers, La Libre Belgique, put it, “We don’t have the words to speak of this fabulous musician who lives music with a generous urgency and brings his public into a state of intense joy.”

A laureate of the Marguerite Long Jacques Thibaud and the Queen Elisabeth of Belgium International Piano Competitions, Mr. Ganz has appeared as soloist with such orchestras as the St. Louis Symphony, the St. Petersburg Philharmonic, the Baltimore Symphony, the National Philharmonic, the National Symphony and the City of London Sinfonia, and has performed with such conductors as Leonard Slatkin, Marin Alsop, Mstislav Rostropovich and Piotr Gajewski.